We eat with our eyes. Attractive foodstyling is a great competitive advantage for restaurants. Let's say it is a necessity nowadays to know how to impress the customers eyes.

Attractive foodstyling is not just a meal and its arrangement on a plate, it is also very important to serve it on eye-catching dishes. The presentation is easier when you have the right dishes. For this, the Made in Japan tableware is perfect, because almost everything looks great on it - no prejudice here - just check out for yourself! 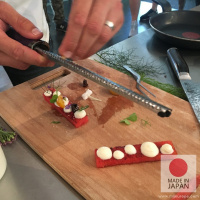 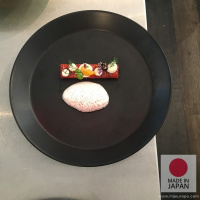 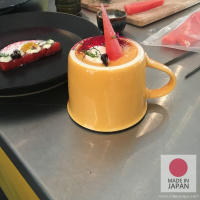 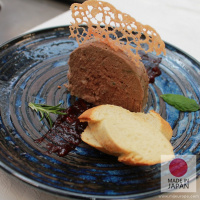 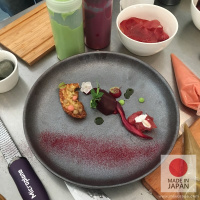 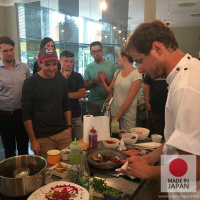 Petr Heneš is the king of foodstyling trends. Petr is the chef in the unique project Dvůr Perlová Voda, a chef in the experience concept Forbidden Taste, he worked for 4 years in Austria and has completed several months of internships in Canada, Argentina, Brazil and Indonesia.

We, together with Petr Heneš, have prepared a workshop called Modern Trends in Foodstyling in Bratislava. We had invited great chefs from all over Slovakia. Our goal was to organize a creative workshop where the chefs would not only learn something new but also get to know each other.

The workshop was organized on 24th July at Chefzone in Bratislava. It  was attended by 23 chefs from renowned Slovak restaurants such as Shinya Veg and raw, Soho, Bistro Baroza, Mercado & Cafe, Sushi Mushi or Lemontree & Sky Bar-Restaurants. There was also the winner of the MasterChef Slovakia 2016, Martina Grňová. 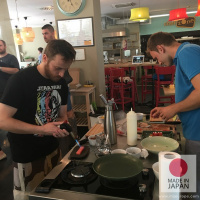 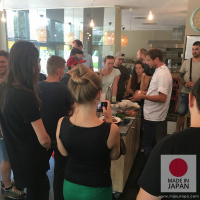 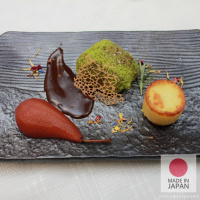 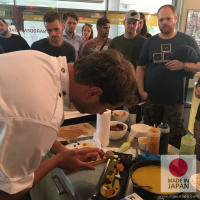 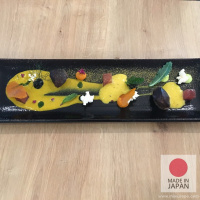 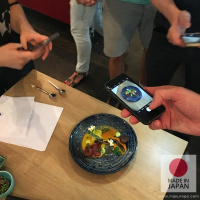 Petr began with the presentation of the starter - watermelon with feta cheese. He showed two variants of foodstyling - on black plate from the Modern collection and on the bottom side of the mug from the Colourblock collection.

He challenged the chefs to do their own foodstyling of this starter on the plate they choose. The workshop included a competition for the most attractive foodstyling.

The next course, on which Peter showed the trends in foodstyling, was borscht. This seemingly ordinary dish looked like a work of art. It consisted of several components, the classic borscht ingredients but in unconventional form (beet powder and paper, parsley oil, dried cabbage etc.). Petr also showed the difference between the foodstyling on the beautiful dark plate Made in Japan and the foodstyling on a classic white plate. He mentioned that the final dish looks much more luxuriously on a nice plate than on an ordinary white plate and that this fact is a potential to raise a price of the final dish. 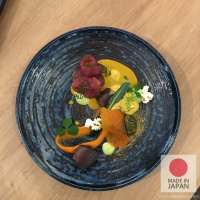 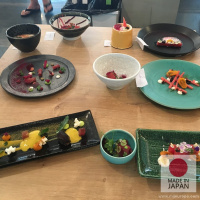 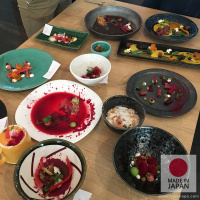 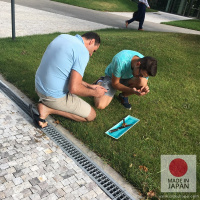 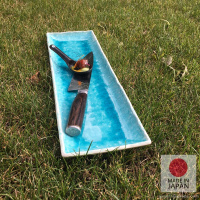 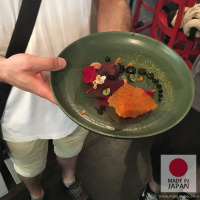 The last dish consisted of duck stomachs, tuna and corn represented in five different forms (such as paper, foam, cream, powder and popcorn).

All chef had the opportunity to serve these dishes in their own way and then the jury selected the best looking one. The winner was Mr. Dimitro Szakal from SOHO Restaurant and he won the plate he chose for serving the dish.

Thank you for your attendace and for the positive feedback you gave us.

You can sign in for our newsletter to get latest inspiration and news from us here.